The Maryland General Assembly adjourned at midnight, on April 11, 2016. Over 2,800 bills were introduced, 1,173 originated in the Senate, and 1,644 originated in the House. MACC forwarded approximately 100 of these bills to the MACC Legislative Committee for review and assessment. Bill synopses, Committee recommendations, and bill final statuses can be found in the End of Session Report.

The success of the Association’s efforts in the 2016 General Assembly was largely attributable to legislation which was NOT enacted – HB 27 would have authorized a collective bargaining process for all 16 community colleges; HB 580 would have mandated sick leave for all employees working 8 hours a week; HB 449 would have limited state aid to community colleges in the out years; HB 1175/SB 664 would have prescribed work schedules for all employees;  HB 230 and HB 231 would have altered the way financial aid is awarded; SB 465 would have increased the cost of providing the tuition waiver for students with disabilities. 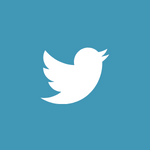 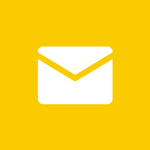 Join our email list for regular updates from MACC